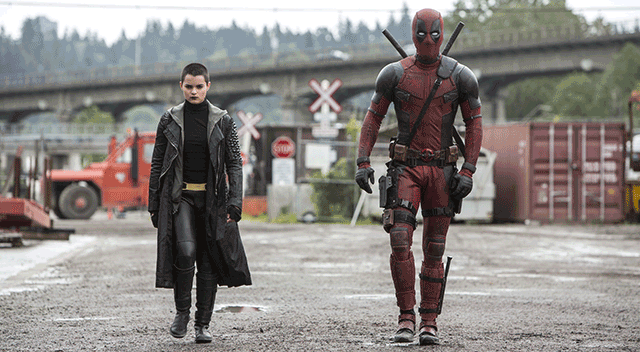 Deadpool 3 is poised to bring Ryan Reynolds' mouthy merc into the Marvel Cinematic Universe (MCU) for the first time. Given Deadpool's penchant for scabrous wit and gleeful bloodletting, he's clearly of different stock to his law-abiding MCU brethren.

However, that's exactly what will make the film so entertaining promises writer Rhett Reese, who has been with the Deadpool series (alongside Paul Wernick) since the beginning.

In an interview with Post Credit Podcast (which you can view in full below), Reese describes the movie as "a wonderful opportunity for a fish-out-of-water story."

He adds: "Deadpool is a lunatic at the center of a movie. To drop a lunatic in a very sane world, it’s straight butter. It’s going to be really fun."

Reese also offered his irreverent spin on the MCU's new Wolverine, now that Hugh Jackman has stepped down from the role.

“Suggestions… It’s gotta be someone shorter this time… So maybe a Zack Galifianakis or Patton Oswalt, someone like that… I don’t know. Look, we don’t have any inside information on that. Even if we did, we couldn’t share it but we don’t… I would honestly go more… an undiscovered person, because Hugh Jackman was reasonably undiscovered the first time and I think there was initial bucking [of], ‘Oh, he’s too tall,’ or, ‘He doesn’t look right,’ or, ‘What is this Australian thing?’ I think that if they’re playing their cards right, they probably should make it someone we’ve never seen.”

Returning to Deadpool 3, exact plot details are thin on the ground and the movie hasn't even started shooting yet. However, the writers have promised that the movie won't be "Disneyfied".

"[Disney] has been incredibly supportive of what we’re doing," Reese told Den of Geek, "because obviously, we were doing it separate from them for a long time, and I think they’ve seen the success and they’ve had their own even greater success. So hopefully it’ll be a marriage made in heaven. But we’ve definitely got their support, and that’s a great thing to feel.”

Free Guy and Night at the Museum director Shawn Levy will be helming Deadpool 3. Levy spun box office gold from the former movie, a hit collaboration with Ryan Reynolds, so fingers crossed he has the magic Deadpool touch. (And no, we're not approaching that as an innuendo.)

Want to know more about Deadpool 3? Watch our latest What's On At Cineworld episode in which hosts Luke and Dan speculate on Deadpool's sure-to-be-anarchic MCU arrival.