Home Blog list page Experience our premium formats for less: watch any movie in 4DX, ScreenX or RealD 3D at a reduced price

Experience our premium formats for less: watch any movie in 4DX, ScreenX or RealD 3D at a reduced price

For sheer visceral thrills, nothing beats watching an all-action blockbuster on one of Cineworld's breathtaking 4DX, ScreenX or RealD 3D screens. And now, we're giving film fans the chance to experience these amazing innovations at a reduced price. From today (Friday 9th September) until Thursday 22nd September, you can watch any movie in our selected premium formats for the cost of a standard 2D ticket. That means you'll have cash left over to treat yourself to some tasty goodies while you watch your film – or you could even put the money you save towards buying a ticket for another great movie. The choice is yours!

Cineworld's premium formats have revolutionised the movie-going experience, using state-of-the-art technologies to deliver a whole new level of immersion. Book your tickets for the thrill ride that is 4DX, whose motion-enhanced seating and multi-sensory effects will make you feel like you're right there in the thick of the action. Or witness ScreenX, where the action unfolds on a giant 270-degree wraparound screen, providing an exhilarating new perspective. You'll also love RealD 3D, whose eye-popping three-dimensional visuals will have you clutching at the air in wide-eyed wonder. All of these formats are augmented by Cineworld's cutting-edge audio technology, which brings incredibly lifelike sound to any movie, whether it be a rip-roaring adventure or a rom-com.

So, you've heard all about our special offer and how these amazing technologies transform the cinematic experience, but what will you be able to watch on our premium formats over the next couple of weeks?

The 4DX format is tailor-made for Hollywood blockbusters, and you have several to choose from at Cineworld between now and 22nd September. In the latest of our Never Been Seen range of films, we're showing a selection of Christopher Nolan's most iconic movies in 4DX for the first time ever, including Batman Begins, The Dark Knight, The Dark Knight Rises and Interstellar. Renowned for their heart-stopping action sequences and astonishing special effects, these four movies are sure to be an absolute treat in this format.

Another film that's showing as part of the Never Been Seen programme is The Fast and the Furious – the first movie in the adrenaline-fuelled heist franchise. Even if you've watched it a dozen times, you've not experienced it in 4DX – and, trust us, you absolutely need to.

If you've got kids, why not treat them to a 4DX showing of Minions: The Rise of Gru. Once they've sampled the animated sequel in this awesome, all-action format, they'll be talking about it all the way home.

Finally, one of the most iconic horror films in cinema history is coming to 4DX next month. Forty years after it first scared us half to death, Tobe Hooper's classic Poltergeist is returning to the big screen, having undergone a spectacular 4K restoration. Watched in one of Cineworld's multi-sensory 4DX cinemas (from 24th October), it promises to be truly spine-chilling!

Top Gun: Maverick is the film that everyone's been talking about this summer, and over the next two weeks we'll be showing this Mach-10 movie blockbuster in our spectacular ScreenX format. As Maverick (Tom Cruise) and his fearless fighter pilots carry out their daring raid on the enemy's uranium richment plant, you'll be thrust into the cockpit of their F-18 jets. It's a white-knuckle ride you'll never forget!

New Brad Pitt film Bullet Train is another thrill-a-minute flick that warrants a viewing in ScreenX. With rival assassins rucking, wrestling, shooting and scrapping all around you, you'll feel like a passenger aboard that high-speed locomotive. A first-class feast of fun!

Remember that feeling of dread you got when you first watched Jaws? Well, try watching it in RealD 3D! Steven Spielberg's suspenseful shark thriller is showing in this exciting format at Cineworld over the next two weeks, and with that gruesome Great White popping right out of the screen towards your seat, we guarantee you'll be hiding behind your popcorn!

If you come to Cineworld to watch a movie in one of our premium formats, we'd love to know what you think of it. Let us know by tweeting us @cineworld. 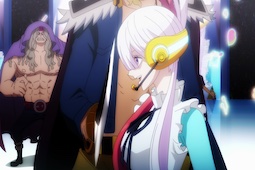 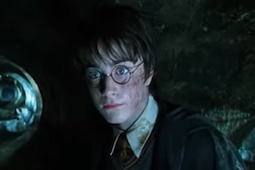 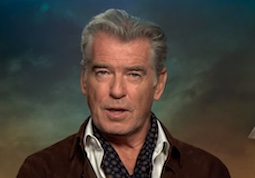 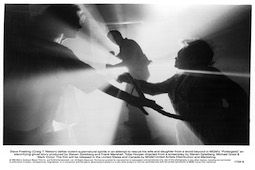 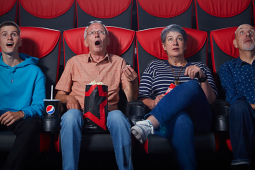 Cineworld Barnsley reveals the stars of its new cinema