Home Blog list page What's On At Cineworld: looking back at Phase 4 of the MCU 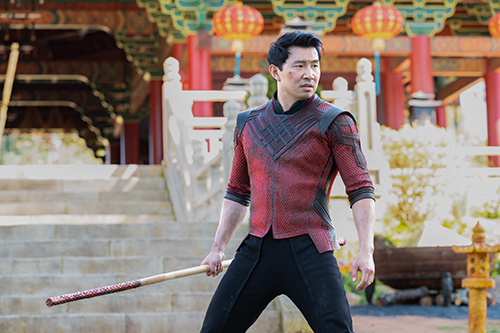 Marvel Studios' Black Panther: Wakanda Forever has stirred our hearts and left us all teary-eyed. It allows us to bid farewell to Chadwick Boseman's T'Challa while also drawing the curtain on Phase Four of the Marvel Cinematic Universe. Next year, the curtain raises on Phase Five of the MCU, which starts with Ant-Man and The Wasp: Quantumania.

Our What's On At Cineworld hosts, Luke and Dan, spend this week's episode looking at the storied and teeming history of Phase Four. From Black Widow to Wakanda Forever, it's been quite the journey, and the guys get stuck into all the major highlights, including the long-awaited live-action reveal of the multiverse, and the debut of fan-favourite characters such as Shang-Chi.

Discover Luke and Dan's thoughts in the video below. They also look at this week's new releases including the darkly comic foodie satire The Menu, starring Ralph Fiennes, and Jon Hamm's debut as gumshoe Fletch in comedy sequel Confess Fletch.

There's also time to fit in our latest family movie reactions video. This week, our all-ages audience is bedazzled by the trailer for Disney's upcoming adventure Strange World (released November 23), about a group of intrepid astronauts stranded on an extraordinary planet.

What did you think of our latest video? Which movies are you excited about over the coming weeks? Let us know @Cineword.