What better way to enjoy a bit of family time than by going to the cinema? Watching a great movie on the big screen can help us to bond, enabling us to laugh, shriek and cry together while munching on a range of delicious snacks.

Here at Cineworld, we understand the importance of sharing such magical moments, which is why we want to help make them happen. We've introduced something called the Family Ticket whereby adults pay kids' prices (valid for groups of four people with up to two paying adults). Embrace your inner child and spend quality time with the family as you marvel at the latest blockbusters. This way, everyone can be more childish together!

The family film that's on everyone's lips at the moment is the brand-new Pixar release, Lightyear (at Cineworld cinemas from 17 June). As the name suggests, this spin-off of the hugely popular Toy Story series is all about Buzz Lightyear. But not the plastic action figure that was loved and then shunned by young Andy Davis – rather, the actual (fictional) astronaut that inspired it.

Marooned on a hostile planet light years away from Earth, our square-jawed hero must find his way home with just a bunch of fresh-faced recruits and his robot-cat Sox for company. Packed with edge-of-your-seat thrills and laugh-out-loud moments, Angus MacLane's film is a treat for people of all ages. Indeed, when the Lightyear trailer was shown at a recent Cineworld screening, it really captured the imagination of families in the audience.

If you fancy taking the kids, or the grandkids, to see this new Pixar blockbuster, Cineworld's Family Ticket is the perfect way to do it. Not only will you enjoy a discount on the price of your seats, you'll get more than 30% off the price of a Family Special snack pack, too. The Family Special includes two kids' Munchboxes – each containing a small box of sweet or salted popcorn, a Fruit Shoot or a bottle of water, plus a packet of Milky Way Magic Stars or raisins – along with a regular popcorn and two regular soft drinks for the adults in the group. It's a hearty feast alright, and if you present your Family Ticket at the snacks counter, you can get it for the bargain price of just £13.90 (or £15.90 if you want to go large).

There are other fantastic family films coming up at Cineworld, too. Long-awaited sequel Minions: The Rise of Gru arrives on 1 July, focusing on the origins of Steve Carell's gnarly supervillain. Speaking of sequels, how about this – 52 years after The Railway Children arrived on the silver screen, there's a brand-new film inspired by E. Nesbit's enduring classic. With a new generation of young adventurers, and even an appearance by the original movie's star Jenny Agutter, The Railway Children Return (from 15 July) is definitely one to look forward to. And then there's DC League of Super-Pets (released 29 July), which sees Batman and Superman's canine friends come to the rescue when the caped crime-fighters are kidnapped by an evil villain. Cute!

For now, though, it's Lightyear that everyone's getting a buzz about, and with one of Cineworld's cost-saving Family Ticket, you can bring the whole gang together for a cinema visit that they – and you – will never forget.

As part of Cineworld's commitment to family viewing, we also host Movies for Juniors and Cinebabies screenings. Take a look to see what's showing at your local Cineworld cinema. 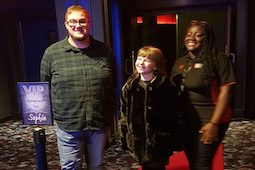 Return to Pandora with a Cineworld Family Ticket for Avatar: The Way of Water 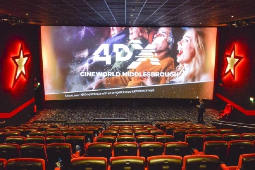