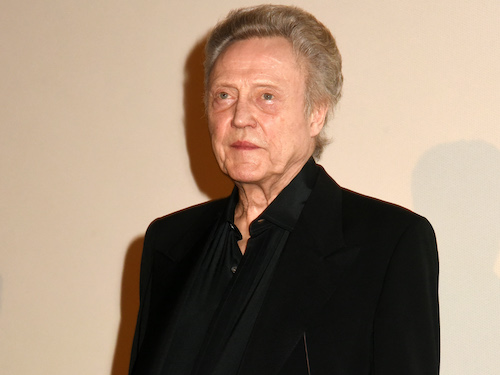 Dune: Part Two continues to grow its ranks with the news that Christopher Walken will be playing the Padishah Emperor Shaddam Corrino IV.

The famously mercurial actor will no doubt bring his eccentricity to the role of the leader of the Imperium. Shaddam Corrino was notably absent in director Denis Villeneuve's Dune: Part One, although his presence was invoked on several occasions, particularly when the tragic Atreides family is compelled to take up stewardship of the planet Arrakis.

As readers of Frank Herbert's classic Dune novel will know, that stewardship bid was a ploy for Corrino to rid himself of the Atreides family. He had conspired with the ruthless and bloodthirsty Harkonnens to ensure the demise of Duke Leto Atreides and his family became a reality.

Of course, as per the events of Dune: Part One, that didn't go entirely to plan. Dune: Part Two will pick up the thrilling and sweeping narrative of Villeneuve's majestic sci-fi odyssey, which has already claimed six Oscars and a payload of critical acclaim.

Key to the narrative, as before, is Paul Atreides (Timotheé Chalamet) who grows into his own legend on two different fronts. He's destined to become the first male member of the secretive Bene Gesserit sect, represented by his mother, Lady Jessica (Rebecca Ferguson).

At the same time, Paul is embraced by the Arrakis fremen as their 'mahdi', the sacred individual who will liberate them from years of oppression from off-worlders. Dune: Part Two is set to deepen the connection between Paul and fremen member Chani (Zendaya), and Lady Jessica undergoes a bold transformation of her own, which sends the noble Atreides line in dramatic new directions.

In addition to Christopher Walken, another new recruit is Florence Pugh. She will be playing Princess Irulan, the Emperor's daughter whose fate becomes intertwined with that of Paul.

In Herbert's original book, selected epigraphs from Irulan's historical records contextualise the extraordinary mythology of Paul Atreides. Truthfully, Irulan will become more of a presence in the next adaptation, Dune: Messiah, which Denis Villeneuve has already pledged to make.

There are several other significant characters yet to be cast in Dune: Part Two. Chief among them is the fearsome Feyd Rautha, the nephew of Baron Harkonnen (Stellan Skarsgard); Feyd was infamously played by Sting in hot pants in David Lynch's 1984 adaptation of Dune.

Although young, Feyd possesses enough ruthless ambition and physical prowess to emerge as Paul's primary antagonist. Their dynastic conflict will help power the back half of the first chapter of the Dune saga, which as book fans will know comes loaded with all manner of jaw-dropping set-pieces.

No doubt that Villeneuve has the vision and directorial chops to pull it off. Dune: Part Two is set to begin filming this summer and will be released in October 2023.

What do you think of Christopher Walken's casting in Dune: Part Two? Let us know @Cineworld.