Home Cineworld Blog Cineworld will be screening Glass Onion: A Knives Out Mystery this November 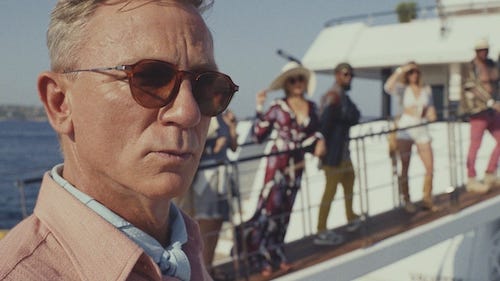 Calling all detective, knitwear and donut hole enthusiasts. We're thrilled to announce that Glass Onion: A Knives Out Mystery will be screening at Cineworld cinemas for one week only this November. (Scroll to the end of this post to find out exactly when.)

The news was confirmed by writer-director Rian Johnson and we can practically hear your craniums straining in anticipation of the next Benoit Blanc mystery.

The movie was Oscar-nominated for Best Screenplay and so expectations are naturally sky-high for the sequel.

As with the first movie, Craig fronts a deliciously star-studded cast in a story that takes the stylishly attired Blanc to Greece. There, he is drawn into a seemingly impossible mystery at the home of tech billionaire Miles Bron (Primal Fear's Edward Norton).

But enough verbiage for the moment. Feast your eyes on the trailer that introduces a whole host of potential new suspects in another fiendishly enjoyable puzzle.

Glass Onion: A Knives Out Mystery recently played at the Toronto International Film Festival where it received acclaim for its unpredictable plot, social commentary and star-studded ensemble.

"This picture offers more action, more delicious comeuppances, more daring design and a few genuinely surprising cameos just for good measure," raves John DeFore in The Hollywood Reporter. "Its ensemble is more varied than Knives‘, and its critique of the clueless rich more relevant to our age."

As one might expect, Cineworlders are already lining up to feast on Blanc's latest head-scrambler. Here's a few of the responses from Twitter.

OMG YESSSSS WE GET THE GLASS ONION IN THEATRES 😻😻😻

Knives Out was the most crowded, most tense, most high volume preview screening i've ever been to, and it was only a night before release! if this means #GlassOnion is coming to your screens, you have made my year. (provided it plays in Newcastle, and not just half the country)

Stay tuned to the blog and our social channels for news of tickets going on sale.

Glass Onion: A Knives Out Mystery is screening at Cineworld cinemas for one week only from November 23 to November 29.

Can't wait that long? Satisfy those Benoit Blanc cravings with the following reminder of the first film's magic. 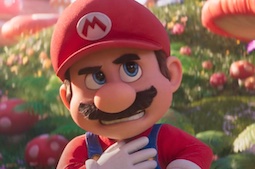