Home Cineworld Blog Harry Potter and the Chamber of Secrets: 4DX scenes set to make it a spooky Halloween treat 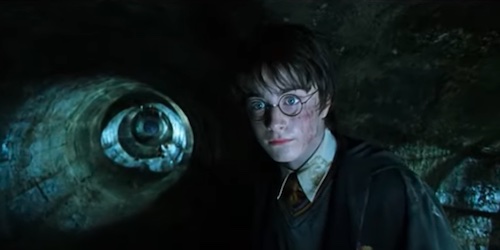 It’s the 20th anniversary of the second Harry Potter movie, Harry Potter and the Chamber of Secrets. While you nostalgics cry into your popcorn (yes, the film really is that old), we’re delighted to present the magical Hogwarts adventure in 4DX at Cineworld. If you haven’t yet watched a movie in 4DX, check out our fun video to discover what’s in store.

We all know that Hogwarts is a visually and emotionally overwhelming environment, and the unique sensory experience of 4DX is set to make it all the more so. This is especially exciting as we approach Halloween, with the film’s enjoyably creepy set-pieces and Gothic atmosphere further amplified by immersive dimensions and thrills of 4DX.

It’s not a scary sequence, per se, but it’s perfect for showing off the physical capabilities of the 4DX format. As Harry (Daniel Radcliffe) and Ron (Rupert Grint) prepare to head back to Hogwarts, they opt for a flying Ford Anglia, which allows for some breathtaking scenery and hair-raising scrapes.

A 4DX moving seat is set to pitch and roll along with the movement of our heroes, amplifying the (family-friendly) sense of danger and setting the tone perfectly for this darker, more mature Harry Potter adventure.

2. ‘The Chamber of Secrets has been opened…’

If The Philosopher’s Stone was a relatively whimsical adventure (barring the late reveal of Voldemort), then The Chamber of Secrets nails its colours to the mast quickly. Upon the reveal of Argus Filch’s (David Bradley) petrified cat, the tone of the movie immediately takes a more sinister turn. That, and the pivotal message written in blood, which ultimately points Harry toward the titular Chamber of Secrets.

If the aim is to craft a hair-raising sense of atmosphere, then just imagine what it will be like when augmented by the wind, scents and effects of 4DX. You may well be able to feel that cold chill blowing down the hallways of Hogwarts…

Anticipating the menacing events of The Prisoner of Azkaban, the second Potter movie takes a full-on leap into horror territory with the reveal of Aragog. Dwelling in the Forbidden Forest, Aragog belongs to Hagrid (the late Robbie Coltrane) and points the way forward towards the Chamber of Secrets.

4DX will match and heighten the spine-tingling, hair-raising nature of Aragog with all the tactile wind, scent and sensory effects that the format can muster.

4. Battle with the Basilisk

Every Harry Potter movie needs a memorable finale. The Chamber of Secrets has a doozy in the form of the climactic battle with the Basilisk, the fang from which plays an important part later in the franchise. Even if you’ve experienced the showdown several times before, the 4DX treatment will bring everything together and make you experience the scene in a brand-new light.

Moving seats, wind, rain and scents will put you in the heart of the action as Harry and his friends face down the monster. Who could resist such a wonderfully immersive experience in time for Halloween?

Click here to book your tickets for Harry Potter and the Chamber of Secrets in 4DX. The movie is released at Cineworld on October 28. 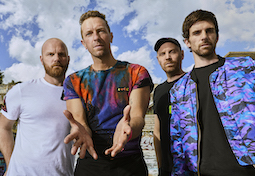 Coldplay Live Broadcast from Buenos Aires: experience it at Cineworld