Home Cineworld Blog Harry Potter: 7 actors you forgot were in the series 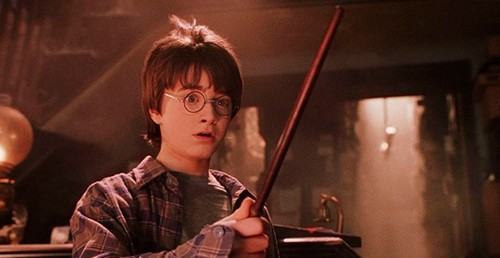 We're delighted to be hosting a very special Harry Potter 4DX marathon in Cineworld this December. (Click here to find out more.)

This is your chance to re-engage with the magical adventures of Harry, Ron and Hermione on the big screen, and in 4DX, which adds all manner of immersive effects to your Hogwarts experience.

This got us thinking: who are the actors we forgot were in the franchise? Scroll down to discover the surprises.

The Ex Machina and Star Wars actor turned up in both instalments of The Deathly Hallows. The versatile Gleeson played Ron Weasleys eldest brother Bill, partner of Fleur Delacour (Clemence Poesy, who will next be seen in Christopher Nolan's Tenet). Having been attacked by a werewolf during the Battle of the Astronomy Tower, Bill was forced to bear some impressive scars, as well as some wolfish tendencies. (Teacher Mad-Eye Moody, played by Gleeson's own father Brendan, claims that Bill now likes his steaks "on the rare side".)

Before he was Doctor Who, actor David Tennant chilled the blood as the unhinged Barty Crouch Jr. The character appeared in The Goblet of Fire, unmasked in a shocking twist. It turns out that this evil servant of Voldemort (Ralph Fiennes) had been masquerading (via polyjuice potion) as the aforementioned Mad-Eye Moody, a reveal that confirmed the Potter franchise's slide into darker territory.

The Crying Game and Sleepy Hollow actor portrayed nosey journalist Rita in two films, The Goblet of Fire and The Deathly Hallows: Part I. Tenacious Rita Skeeter wrote for The Daily Prophet on a multitude of topics, all of which were spruced up at the expense of truth. Subjects covered included the Triwizard Tournament and Voldemort's return to power.

Outspoken actor and Graham Norton favourite Margolyes appeared in two Potter films as Hufflepuff head Professor Pomona Sprout. She only appears in two of the films: The Chamber of Secrets and The Deathly Hallows: Part II. It's Sprout who demonstrates the importance of mandrake growth to the students of Hogwarts.

British comedian Lenny Henry had a pretty incidental role in The Prisoner of Azkaban. Nevertheless, it's an amusing one, as a rasta talking head adorning the lightning-fast Knight Bus. As he says: "It's going to be a bumpy ride!"

Before she was the ill-fated Catelyn Stark in Game of Thrones (the Red Wedding still haunts us), Michelle Fairley made a small but impactful appearance as Hermione's (Emma Watson) mother. Mrs. Granger appears in The Deathly Hallows - Part I in one of the franchise's darkest scenes, as she suffers the effects of an obliviate spell.

The Harry Potter 4DX marathon kicks off on Saturday 4th December with The Philosopher's Stone and The Chamber of Secrets. Let us know your favourite movie in the series @Cineworld.