Home Cineworld Blog Spencer: everything you need to know about the Kristen Stewart movie

Spencer: everything you need to know about the Kristen Stewart movie 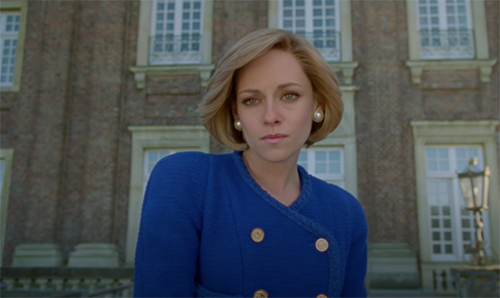 With the movie on release now in Cineworld cinemas, here's everything you need to know about Spencer.

What is Spencer about?

Spencer occupies one pivotal Christmas at Sandringham in 1991. An anxious and overwrought Diana Spencer must reconcile with the fact that her marriage to Prince Charles is falling apart. With the suspicious eyes of the Royal Family on her at all times, not to mention those of Royal Equerry Major Alastair Gregory, Diana must shield her sons, William and Harry, from the media spotlight and confide in the only allies she knows. These take the form of Royal Dresser Maggie and Sandringham head chef Darren.

Who stars in Spencer?

The movie is helmed by Pablo Larraín, a filmmaker with a unique visual signature. Larraín specialises in stories of personal alienation and disenchantment, often examining such themes with a chilly, elliptical tone. He's perhaps best known to Western audiences for making Jackie, the story of Jackie Kennedy's life in the wake of John F. Kennedy's assassination. He coaxed an Oscar-nominated performance from Natalie Portman in that movie, but Larraín's style was evident long before that. Acclaimed movies such as Tony Manero and No examine the political climate of his home country, Chile, using the kind of fragmentary editing and impressionistic suggestion that make his movies so compelling.

What has Kristen Stewart said about portraying Princess Diana?

Check out our Cineworld interview with Kristen Stewart as she discusses the formidable challenge of playing Diana.

What have critics said about Spencer?

The movie has been critically acclaimed with the lion's share of the praise directed at Stewart. Writing for USA Today, Brian Truitt says: "With a stellar performance from Kristen Stewart, director Pablo Larraín's supremely brilliant "Spencer" is an enlightening glimpse into the mind of Princess Diana that doubles as an effective horror film."

Empire Magazine's Ian Freer concurs: "Though it doesn't ever make you really feel, Spencer is a bold, compassionate, poetic riposte to standard royal biopics. It  also confirms Kristen Stewart as one of the most exciting actors working today."

On the other hand, TIME Magazine's Stephanie Zacharek is less convinced: "Larraín turns this Diana into exactly the thing the royal family accused the real-life Diana of being, a willful and pouty constant complainer."

Is Kristen Stewart in line for her first Oscar nomination?

It seems highly likely. Despite giving strong performances in the likes of Clouds of Sils Maria, Stewart has never been officially recognised by the Oscars. The high-profile nature of her role in Spencer, not to mention the acclaim and artistic prestige that has come with it, make her a shoo-in for Best Actress at the 94th Academy Awards.

In its list of Oscar predictions, the Hollywood trade publication Variety places Stewart as a likely candidate alongside the likes of House of Gucci's Lady Gaga and The Lost Daughter's Olivia Colman.

When is Spencer released in Cineworld cinemas?

Spencer is on release now in Cineworld cinemas. 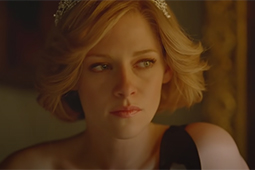 Kristen Stewart: 5 underrated roles to check out before you see her as Diana in Spencer