If your Spidey-sense is tingling, then it's for good reason. You can now book your Cineworld tickets for Spider-Man: No Way Home. Tom Holland returns for this pivotal, all-action chapter in Phase Four of the Marvel Cinematic Universe (MCU), and it promises to be one of 2021's most spectacular big-screen offerings. Here are five reasons why you need to book your tickets right away.

1. It introduces the multiverse

Time and space become inverted as Peter Parker and Doctor Strange (Benedict Cumberbatch) accidentally open up the 'multiverse'. This allows for multiple live-action Spidey universes and characters to cross over with one another. Although we saw this in animated form in the terrific Spider-Man: Into the Spider-Verse, this is the first time that the multiverse has been rendered in physical form. Do you really want to turn down the opportunity to see this on the biggest screen possible? Do you?

2. It re-introduces a host of classic villains

From Alfred Molina's Doctor Octopus to Willem Dafoe's Green Goblin, No Way Home assembles a fabulous line-up of bad guys from previous Spider-Man movie iterations. Think of this as nostalgically pleasing for the OG crowd, as well as an introduction for younger viewers who weren't around when the original movies were released. (Dafoe appeared in 2002's Spider-Man and Molina in 2004's Spider-Man 2.) For those OG fans who maybe now have kids of their own, watching Spider-Man: No Way Home should be a fun way of passing the baton, so to speak.

3. It's essential for our understanding of Marvel Phase Four and Five

This is speculation on our part, but the emergence of the multiverse will surely influence the Marvel Cinematic Universe going forward. Given the sheer possibilities for franchise crossovers and character interactions, we imagine this idea could go wilder and further in the not-too-distant future. Put simply, you need to be here to get a grasp on how the MCU is going to develop.

4. You can choose from a variety of viewing formats

How will you experience Spider-Man: No Way Home? We've got a variety of exciting formats from which to choose. Engage with the moving seats and immersive effects (wind, rain, scents) of 4DX, which brings the blockbuster to life on a visceral level. Be engulfed by the all-encompassing screen curvature and sound of IMAX. Upgrade from traditional widescreen with the movie's expanded Superscreen presentation. Be immersed by the 270-degree experience of ScreenX, which makes you feel like you're swinging alongside Spidey. Or, make a special occasion of it with Cineworld ViP, allowing you access to an exclusive lounge, complimentary dining, unlimited snacks and drinks and our intimate screening room with luxury recliner seats.

What will you choose?

5. It may be Tom Holland's final solo Spidey movie

Holland first dazzled and delighted us as the eager Peter Parker in 2016's Captain America: The Winter Soldier. Five and a half years, three solo movies and two Avengers movies later, and the talented young actor may be about to hang up the suit, at least in terms of his solo Spider-Man films. Holland has spoken of his desire to move forward in his career, and his current Marvel contract ends with this movie. So, No Way Home may well be a watershed moment within the MCU, not to mention an emotional one. Do you really want to pass up the chance to experience that on the biggest screen possible?

UPDATE: No Way Home producer Amy Pascal has confirmed that Tom Holland will be making more movies in the Marvel Cinematic Universe. Even so, don't miss your chance to catch Holland's wall-crawler on the biggest screen imaginable.

The time has come. Click here to book your tickets for Spider-Man: No Way Home, which opens in the UK on 15th December. 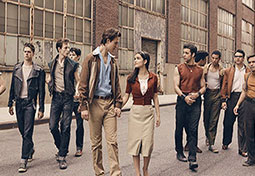 What's On At Cineworld: DC Superpets and more