Tom and Jerry: The Movie – watch the first trailer 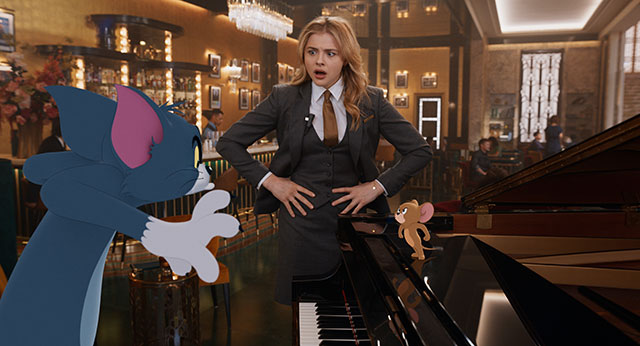 However bad 2020 has been, you can always rely on Tom and Jerry to snap you out of your funk and put a smile on your face. The Hanna Barbera cartoon icons are now headlining their own film, imaginatively titled Tom and Jerry: The Movie, and we've got the first trailer for you.

Mixing up live-action and animation, the film's plot is as follows: "One of the most beloved rivalries in history is reignited when Jerry moves into New York City’s finest hotel on the eve of “the wedding of the century,” forcing the event’s desperate planner to hire Tom to get rid of him, in director Tim Story’s Tom & Jerry The Movie. The ensuing cat and mouse battle threatens to destroy her career, the wedding and possibly the hotel itself. But soon, an even bigger problem arises: a diabolically ambitious staffer conspiring against all three of them."

We're expecting this to be less Itchy and Scratchy and more cuddly and cozy. Warner Bros are handling the distribution rights to the movie, which is set for a theatrical release at some point in the future. Check out the trailer and tweet your reactions @Cineworld.