Walt Disney was born 119 years ago today, eventually rising to become the godfather of cinematic animation. From relatively humble beginnings, Disney was able to establish a profound effect on modern-day pop culture, from the creator of Mickey Mouse through to the first feature-length animated movie, Snow White and the Seven Dwarfs.

We're remembering Disney's legacy by amassing a Cineworld blog list of facts about the man himself.

1. Walt Disney played Peter Pan on the stage, with his brother Roy in charge of the rope used to hoist him during the flying sequences.

2. Walt Disney received more Academy Awards than anyone else in film history with 23 to his name.

3. Signing up to become a Red Cross ambulance driver in World War I, Disney missed the conflict in France due to the armistice but decorated the side of his ambulance with cartoons, which were later published in an army newspaper.

4. On 16th October 1923, Disney established the Disney Brothers Studio with his sibling Roy, later to become The Walt Disney Company.

5. Walt Disney wasn't responsible for the design of Mickey Mouse, instead delegating to animator Ub Iwerks who become a fixture on Disney animated movies.

7. The original name for Mickey was Mortimer, but it was changed at the suggestion of Disney's wife Lillian.

9. Disney almost sold vacuum cleaners for a living, until he broke into animation.

10. That said, his early days were difficult, and Disney had to file for bankruptcy in the 1920s.

11. Disney's earliest studio was called Laugh-O-Gram, established in Kansas and staffed by a team of accomplished animators.

12. Snow White and the Seven Dwarfs may have changed animation and cinema forever, but Disney had to mortgage his house to keep the production afloat.

13. The movie was eventually released in 1937 to critical acclaim and box office success, with child actor Shirley Temple presenting Disney with an honourary Oscar and seven miniature statuettes.

14. Disney maintained a secret apartment above the Disneyland fire station, and to this maintains the same furnishings and appearance since he lived there.

15. Disney always drove his two daughters to school but worked hard to keep them out of the public eye, for fear of kidnapping.

16. During World War II, Disney produced propaganda films for the military, including the use of Donald Duck to promote war bonds.

17. Obsessed with trains since he was a child, in 1948, Disney constructed a whole mini-railroad system in his backyard, built to a 1/8th scale.

18. The miniature working steam locomotive was built by Disney Studios engineer Roger E. Broggie, and Disney named it Lilly Belle after his wife.

20. The delay was partly down to Disney's investment in live-action movies, including Robert Louis Stevenson adaptation Treasure Island, also released in 1950.

21. Disney confessed that 'Feed the Birds' from 1964's Mary Poppins, performed by Julie Andrews, was his favourite song out of all of his movies.

23. The final words Disney wrote down prior to his death were 'Kurt Russell', and not even the actor himself understands the meaning.

24. A rumour persists that Disney was cryogenically frozen but this isn't true: he was cremated and ashes are buried at Forest Lawn Memorial Park in California.

25. Not only does Disney have a star on the Hollywood Walk of Fame, but so too does Mickey Mouse, one of his most enduring creations.

What is your all-time favourite Walt Disney movie? Join us on Twitter @Cineworld as we celebrate the legacy of this pioneering filmmaker. 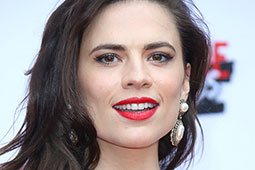