Nomadland: new poster and trailer for the Frances McDormand movie

Frances McDormand may be on course for her third Oscar in Nomadland. This critically acclaimed drama comes from Chloe Zhao, helmer of the praised 2018 Western The Rider, and soon to direct Marvel Cinematic Universe epic Eternals.

The film is adapted from Jessica Bruder's book Nomadland: Surviving America in the Twenty-First Century, blending a fictional narrative with documentary realism to imperceptible effect. Fargo and Three Billboards star McDormand stuns as Fern, a recently bereaved woman who takes to living an itinerant lifestyle on the fringes of American society.

Drifting from job to job, Fern establishes an off-the-grid existence, drifting in and out of the lives of the local nomadic communities. Intriguingly, the nomads Fern comes into contact with are not actors but real people, sharing real stories of inspiration and hardship from the heartland of 21st century America. Here's the new poster. McDormand is typically stunning in the central role, and surely a lock for a Best Actress nomination at the 2021 Oscars. Fern is tenacious and fiercely driven, yet works to conceal vulnerability and raw regret beneath the surface. As she's proved many times before, McDormand is superb at capturing a character's contradictions, and it's a testament to her skill that Fern is always able to wrestle our attention away from the sweeping landscapes.

Zhao is also widely expected to pick up Director and Adapted Screenplay nominations, while the movie itself is pitched as a frontrunner for Best Picture. Nomadland played at the 2020 BFI London Film Festival where it was greeted with laudatory reviews. RogerEbert.com described it as "a gorgeous film that’s alternately dreamlike in the way it captures the beauty of this country and grounded in its story about the kind of person we don’t usually see in movies".

Nomadland is set for release (at the time of writing) on 19th February 2021. Check out the new trailer below and let us know @Cineworld if you think it will be an awards favourite. 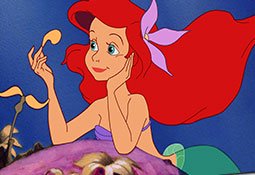