Saint Maud: 5 reasons why it’s your next must-see horror film

Brace yourselves, horror fans, for a devilishly twisted treat in the form of Saint Maud.

A hit at the 2019 Toronto International Film Festival, Saint Maud is directed by English filmmaker Rose Glass in her feature debut. This comes after a series of sensationally bizarre and equally fascinating short films including Room 55, Storm House and Moths.

The story centres around the titular hospice nurse (played by Morfydd Clark) who, after converting to Catholicism, becomes dangerously obsessed with one of her patients, retired dancer Amanda (Contagion’s Jennifer Ehle). Maud believes she’s on a mission from God to save Amanda’s soul, and the end result promises to be a white-knuckle, unflinching experience that delves into the fractured psyche of its protagonist.

Glass says her film draws influence from the horror classics of Roman Polanski’s Rosemary’s Baby and Repulsion, not to mention Martin Scorsese’s Taxi Driver. Saint Maud is simply unmissable for horror fans, and here are five reasons why…

If you’ve seen the trailer for this film, then you’ll already know that in America, it’s being distributed by A24.

Glass’s directorial debut is set to join the ranks of other critically acclaimed A24 releases, including Robert Eggers’ The Witch and The Lighthouse, Ari Aster’s Hereditary and Midsommar, Irish psychological horror The Hole in the Ground, and claustrophobic apocalyptic drama It Comes At Night. Saint Maid was picked up by the indie American distributor following the film’s premiere at TIFF’s Midnight Madness last year.

Although the film’s distribution rights have been acquired by StudioCanal for its UK release, Saint Maud nonetheless still bears all the hallmarks of what made these other A24 releases so categorically unnerving. These include provocative themes, piercing visuals and moments of purely spine-tingling terror.

Although these films are rather unconventional compared to more mainstream chillers, if you loved any of the above names, then you’ll doubtless love Saint Maud just as much, too.

2. It terrified the crowds at Toronto

It’s up for debate whether or not Saint Maud qualifies as an all-out horror, a twisted drama or somewhere in between. What we do know from initial reactions, however, is that it’s unequivocally a genuinely terrifying experience.

With the trailer alone featuring a healthy dose of disturbing imagery, those brave enough to watch this upcoming flick can expect to find a mixture of stomach-churning body horror and gripping psychological chills all rolled up in an unholy atmosphere.

Although critics have pointed out the shocking moments are rather scarce within the film’s relatively short runtime, they’ve praised Glass’s extremely effective deployment of them. One particularly noteworthy sequence being referenced is said to involve nails and bare feet (ouch).

Likewise, horror fans will also be happy to learn that Glass reportedly discards jump-scares in favour of suspenseful, character-driven terror.

3. It’s helmed by a promising new voice in horror

With her directorial debut causing a huge stir, Rose Glass looks to be the next filmmaker to join the prestigious ranks of Jennifer Kent (The Babadook), Jordan Peele (Us; Get Out), Ari Aster, and Robert Eggers as a revolutionary voice in horror cinema.

Recognised as a Breakthrough Brit by BAFTA, Glass’s love of cinema started at a young age where she made stop-motion animations and Harry Potter spoofs, before going on to study at the National Film School. It was only after she made her acclaimed short Room 55 – which follows one woman’s experiences in a peculiar hotel – she began working on the idea for Saint Maud while working as a cinema usher.

With her shorts demonstrating her wicked creativity, we can’t wait to see what she was able to accomplish in her feature debut. She’s already co-writing her next project with fellow NFTS grad Weronika Tofiska.

4. Morfydd Clark is said to be spectacular as Maud

In addition to Glass’s incredible direction and haunting screenplay, another reason Saint Maud should be on your watchlist is to see Morfydd Clark in the starring role.

She’s appeared on the big screen in Crawl and The Personal History of David Copperfield, and the small screen in BBC hits His Dark Materials and Dracula. However, Saint Maud is the Welsh actor’s first stint in the spotlight – and word is she absolutely nails it.

Earning unanimous praise from critics for a performance that’s simultaneously nuanced and intense, Maud is terrifying enough to rival the derangement of Misery’s Annie Wilkes. At the same time, critics say there’s enough vulnerability for audiences to really help us sympathise with her plight – especially in relation to a mysterious incident involving a previous patient.

Described as a mixture of Carrie White and The Exorcist by Slash Film’s Meredith Borders and the very core of the film by ScreenAnarchy, Maud will be at the forefront of our nightmares. And for that, we can thank Clark.

5. The critics absolutely adore it

But why just take our humble word for it? Critics lucky enough to catch Saint Maud on the festival circuit have unanimously showered Glass’s feature debut with seemingly unending praise.

In addition to commending Clark for her magnificent performance, Slash Film declares the film “one of the gnarliest and most unapologetic horror movies in recent memory”. Similarly, Variety’s Guy Lodge and Leslie Felperin of The Hollywood Reporter praise Glass for her biting and effective examination of fanaticism and mental illness.

Den of Geek commends the film as “strange, gorgeous, and deeply disturbing”. And Sight and Sound lavish adorations on Ben Fordesman’s stylish cinematography, the central performances and Glass’s direction, describing the experience as “a rollercoaster of tormented emotions”.

Witness the terror for yourself when Saint Maud reaches the big screen on 9th October (Unlimited members can watch it four days early on 5th October). Let us know @Cineworld if you're planning to watch it. 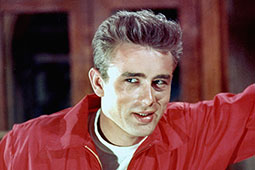 7 Easter-themed movies you may have forgotten about 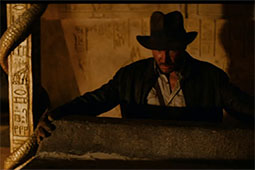 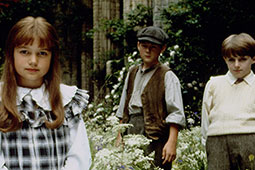 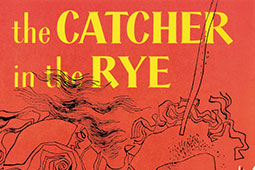 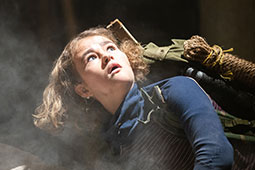 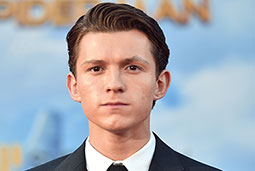 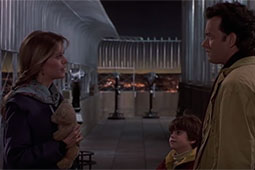 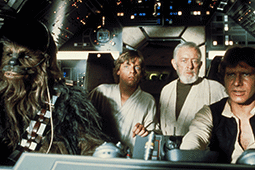