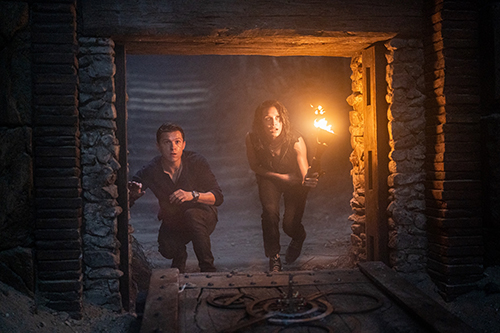 The Uncharted movie is set to adapt one of the biggest gaming franchises in PlayStation history. Tom Holland plays the daredevil adventurer (and, as it turns out, part-time bartender) Nathan Drake in this stab at the blockbusting Naughty Dog series, which has sold millions of units worldwide and racked up critical acclaim.

Mark Wahlberg plays Drake's reluctant mentor Sully who joins him on a global quest for missing gold. The devious Antonio Banderas is in pursuit, and as fans of the game would expect, plenty of gravity-defying stunts are being teased including a mid-air chase that's bound to look awesome on the big screen.

Venom and Zombieland director Ruben Fleischer is responsible for helming Drake's cinematic debut. Fingers crossed we can expect the same mixture of wacky humour and offbeat action that earmarked Fleischer's previous movies. Go behind the scenes with Holland and Uncharted in this sneak peek video. Spider-Man pairing with The Departed's Lt Dignam? We're here for that.

Uncharted is released in Cineworld cinemas on 11th February. 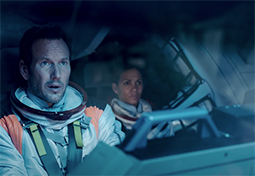 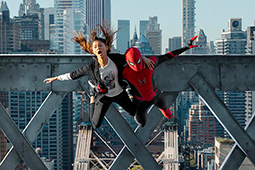 What's On At Cineworld: DC FanDome revelations and more