We're nearing the end of the road as far as the Fast & Furious franchise is concerned. Fast & Furious 9 is revving its engines, and we're hoping it will still make its 2021 release date. (COVID-19-related delays meant it was pushed back from April 2020 to May 2021.) And now, star Vin Diesel has offered some nuggets about the climax of the roaring automotive franchise, which is set to come to an end with a two-part 10th instalment.

"Even as far back as 2012, 2013, it was something that Paul [Walker] and I would discuss, finishing on the 10th one," Diesel told Entertainment Weekly. "That just always felt right. And being a part of the Marvel franchise, seeing that possibility that when you have that much story you can end with two films. It was something that we'd talked about that became real. It's just been such a wonderful, wonderful run, and we'd always envisioned that 10 would be the farewell, the finale, and that is what our story is working towards."

The Fast & Furious series began on a relatively unassuming note back in 2001. Initially, it was a street racing/carjacking escapade, but around the time of 2011's Fast Five, the modus operandi of the series changed. From then on, it was more of a heist movie on wheels with each of the assorted characters fulfilling their role in the manner of Ocean's Eleven. Centrally, the movies have always been anchored around Diesel's brawly Dominic Toretto who is prone to delivering platitudes about his 'family' in-between aggressive bursts of gear-shifting action and outrageous stunts.

While the canonical Fast & Furious films will be pumping the brakes in the near future, there's still potential for associated spin-offs. In 2019, Hobbs & Shaw mined box office gold from the use of supporting characters Luke Hobbs (Dwayne Johnson) and Deckard Shaw (Jason Statham). Both men were part of the wider ensemble between the fifth and eighth Fast films, but audiences relished the opportunity for their bromantic, chippy chemistry to be placed front and centre. (Just don't expect Johnson to appear in Fast & Furious 9 – it appears the infamous spat he shared with Vin Diesel on the set of Fast & Furious 8 has made such a comeback impossible.)

The ninth movie pits Dom against his thought-to-be-lost brother Jakob, played by Bumblebee's John Cena. The crew is all present and correct on both sides of the camera. Justin Lin directs, Neil H. Moritz produces (along with Diesel) and the cast comprises all the familiar faces (Tyrese Gibson, Ludacris, Jordana Brewster, Michelle Rodriguez, Sung Kang, Helen Mirren and Charlize Theron).

Did the movie, in fact, give too much away in its trailer? Vin Diesel thinks not, and says fans will still be surprised by the film. In fact, he's pitching it as the cathartic return of explosive, big-screen blockbuster entertainment, sorely needed after a year of coronavirus-associated delays and setbacks.

"You see a lot in the trailer, but you haven't seen anything yet - and that's exciting," he explained. "It is going to be a special day when that audience is back in the movie theater, celebrating the ninth chapter of this saga that they've been so loyal to. There's so much more, and I'm most excited about [audience members] who want to be surprised and want not to know, want not to have all the secrets revealed of this chapter, but want to just go in and enjoy where we've all come to... It feels like it's coming at the right time. Who knew that pushing the movie back to 2021 would actually be something good for the theater business in the sense that it's going to be a reason to celebrate the theater experience - and we need that." 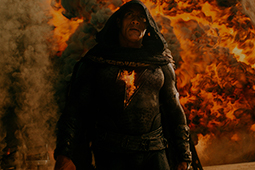 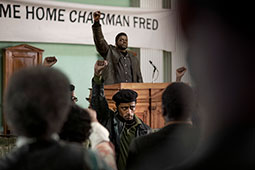 Judas and the Black Messiah: new trailer for the Daniel Kaluuya drama