Home Cineworld Blog How will you watch Black Panther: Wakanda Forever at Cineworld? 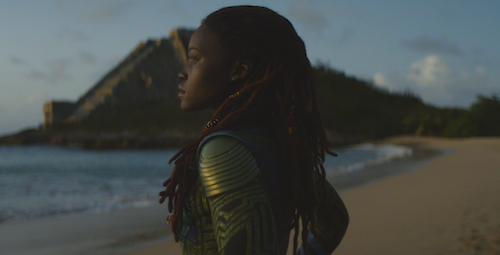 Black Panther: Wakanda Forever not only concludes Phase Four of the Marvel Cinematic Universe (MCU). It opens the door into new avenues of the Black Panther mythology as we tragically bid farewell to Chadwick Boseman's T'Challa.

We're all on tenterhooks to discover who is the new incumbent of the Black Panther suit. It's especially relevant as Marvel Phase Five beckons with the release of 2023's Ant-Man and The Wasp: Quantumania. How will the new Black Panther carry the nobility and spirit of the Wakandan people forward into new realms of the MCU?

The journey towards finding out will assuredly be one of the greatest big-screen events of the year. Such a monumental juncture at the MCU demands a viewing experience to match, so here are all the different ways you can experience Black Panther: Wakanda Forever at Cineworld.

Which will you choose? Scroll down to find out more.

Black Panther provided our first full view of the magnificent Wakandan landscape. Verdant in its appearance yet technologically advanced off the back of its vibranium repository, Wakanda is a place of contradictory yet fascinating extremes, and one that's ably visualised by director Ryan Coogler.

Wakanda's fascinating Afrofuturist mixture is back centre stage in the Black Panther sequel, once again helmed by Coogler and lensed by Loki cinematographer Autumn Durald Arkapaw. As before, it promises to be a feast for the senses, enveloping audiences in a culturally authentic world that is set to be further augmented by Ludwig Goransson's score. (The composer won an Oscar for scoring the first Black Panther, becoming the first person to ever win such an award for a superhero movie.)

How, then, can you possibly resist the spectacle of Wakanda Forever in IMAX? The combination of dual projection and integrated digital surround sound will invest greater clarity and vibrancy into the presentation of Wakanda, while also amplifying the moving absence of Chadwick Boseman's T'Challa.

The movie was, in fact, filmed specifically for the IMAX format. In the following video, Coogler and the cast outline the breathtaking IMAX expanse captured during the making of the movie.

IMAX newcomer? Find out what you've been missing in the following video, and discover why the Black Panther IMAX experience is set to blow your mind.

Marvel movies are as much about the tactile, visceral action as they are about the character moments. While we prepare to bid farewell to T'Challa, and we bear witness to the passing of the baton (who will take it up?), the Black Panther sequel is assuredly not going to skimp on the action sequences for which the MCU is famous.

The central conflict this time emerges from the deadly Namor (Tenoch Huerta) who rises from the depths of Atlantis to bring Wakanda to its knees. It's a plot development that is rife with all manner of explosive potential, which is where 4DX comes in.

Exclusive to Cineworld cinemas in the UK and Ireland, 4DX is a unique sensory experience that is poised to expand your viewing experience, making you feel the sacrifice of the Wakandan people and the peril that they face. Moving seats and motion bring to life the movie's fights and carnage as scents and immersive effects, including wind and water, bring added tactility to Namor's destructive path of vengeance.

Find out more about 4DX in our behind-the-scenes video.

State-of-the-art ScreenX uses up to 12 additional projectors to extend the film onto the auditorium's side walls, for an atmospheric, 270-degree experience that surrounds you in your seat. Want to feel like you're stepping foot into Wakanda? This is as close as you'll get to the real thing with the movie's physical environment and eye-popping costumes becoming all the more immersive and all-encompassing.

See what ScreenX is capable of in the following video.

Be overwhelmed by the scope and scale of Black Panther and upgrade from widescreen to Superscreen. The format uses a massive, wall-to-wall screen and Dolby Atmos Sound, combined with premium seating and dual 4K laser projection, all the better for witnessing the all-important transition from T'Challa to his successor. Once again, we wonder who it will be...

Our regular Cineworld host Daniel Layton is here to outline Superscreen in our behind-the-scenes film.

How will you experience Black Panther: Wakanda Forever at Cineworld? The movie is released on November 11 so click here to book your tickets and drop us a line on Twitter @Cineworld indicating your format of choice. 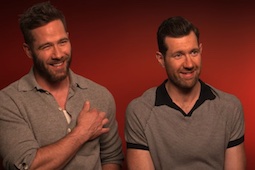