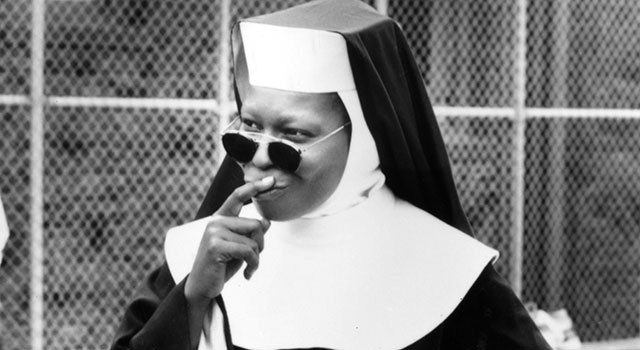 Need cheering up? Then we might have the answer. It's Whoopi Goldberg's 65th birthday today, and we want to snap you out of the funk with a little Sister Act retrospective.

We've rounded up our five favourite scenes from the two movies, and with Sister Act 3 reportedly on the cards, there's never been a better time to do so. It's time to test those vocal chords and break with tradition as Goldberg and her fellow convent sisters open up the taps...

Our list begins out of chronological order with a scene from Sister Act 2. The second movie (directed by Predator's Bill Duke, trivia fans) didn't get the same acclaim as the blockbusting original, but there are plenty of amusing and inspiring moments. From Lauryn Hill's appearance to the surprise high note from the young boy in this 'Oh Happy Day' rendition, it's more than enough to put a smile on our faces during the current lockdown.

Back to the first, and best, movie, the one that introduced us to Goldberg's tenacious witness-turned-convent-sister Deloris van Cartier/Sister Mary Clarence. Although she is regarded with disdain by Maggie Smith's Reverend Mother, Deloris makes her mark, beginning with the unforgettable gospel rendition of 'Hail Holy Queen'. Goldberg's innate charisma and energy helped power the movie to critical acclaim and box office grosses of more than $230 million.

The finale of Sister Act puts Lauryn Hill front and centre, showing the transformation of her rebellious character Rita. The bestselling soul artist delivers a rousing twist on traditional hymn 'Joyful, Joyful', infusing it with elements of hip-hop and RnB. And we know it was Deloris who helped get Rita to this stage.

One of the best moments from the second movie amalgamates the traditional environment of the Roman Catholic diocese with one of the all-time gospel greats. Deloris' plan to inspire and invigorate the nuns of Saint Katherine's once again comes to the fore, walking along the boundaries of appropriateness while getting her fellow sisters to reach for the sky. Has there ever been a better showcase for Whoopi Goldberg's talents than these two movies?

We've saved the best till last. The climax of the first movie is not just amusing but genuinely inspirational, as Deloris' fired-up nuns choir gets to perform in front of the Pope. Even better, he gives Deloris and her singers a standing ovation. The choice of 'I Will Follow Him', a 1961 staple that has been re-recorded several times (most famously by pop artist Peggy March) closes the movie on the highest of high notes.

What's your favourite moment from Sister Act? Do we hear a hallelujah? Tweet us @Cineworld. 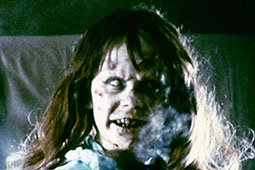