Will Smith: 7 memorable performances that demonstrate his acting range 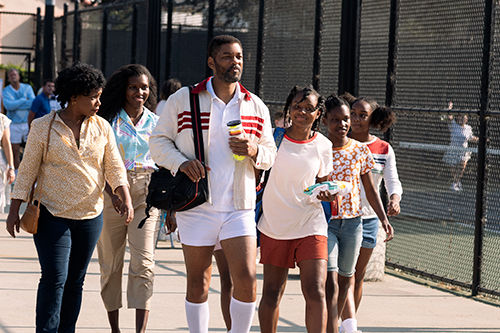 When thinking of Will Smith, it's impossible not to imagine his brash, effortlessly likeable roles in the Fresh Prince, Independence Day and Men in Black. Yet this week's new release King Richard demonstrates a different side to the star, as he disappears into the role of Richard Williams, the relentless father and coach of tennis proteges Venus and Serena.

With the acclaimed movie on release now in Cineworld, we found ourselves wondering about the other Will Smith movies that have stretched his dramatic range. Scroll down to discover what they are.

Smith is arrestingly ambiguous in this captivating chamber piece drama, adapted from Jon Guare's play. In stark contrast to his loudmouth comic roles, Smith is both unnerving and charming by turns as the young person of colour who inveigles his way into the lives of an upper-class white New York couple. Is he, in fact, the son of the legendary Sidney Poitier? Or is he a confidence trickster?

Despite Tony Scott's directorial bombast, this is an exciting pre-Millennium thriller of technological paranoia. Smith makes it all work with an atypically serious performance as the high-flying lawyer who becomes embroiled in a dangerous conspiracy.

Smith's Oscar-nominated performance as Muhammad Ali remains the best thing he has ever done. He dials down his usual charisma to suggest the driven yet introverted side of the prize fighter who infamously "floats like a butterfly and stings like a bee". We're still awaiting Smith's second collaboration with director Michael Mann – no doubt they can bring the fireworks again.

Smith grabbed his second Oscar nomination for his moving performance as an impoverished father trying to look out for his young son. Smith certainly forges better chemistry with his real-life son Jaeden in this movie than he did in the disastrous After Earth; the bathroom breakdown sequence still destroys us.

The ambitious adaptation of Richard Matheson's classic vampire novel botches the story's overall meaning. Nonetheless, Smith is strong enough to hold the attention as the last man on Earth, devoted only to his dog and dedicated on ridding a devastated New York from a bloodsucking menace.

Smith reunited with the director of The Pursuit of Happyness, Gabriele Muccino, for this tricksy drama. Smith presents us with an apparently dislikeable character who is intent on coaxing something from a disparate group of strangers, eventually assembling the contradictions of his performance for a deeply emotional finale.

Smith goes factual as the real-life Dr. Bennet Omalu in this inspiring drama. Omalu was the doctor who investigated the repercussions of repeated head injuries on American football players, and Smith does his subject justice via a tenacious, Golden Globe-nominated performance.

Click here to book your tickets for King Richard, on release now in Cineworld cinemas. Don't forget to tweet us your favourite Will Smith performances @Cineworld.